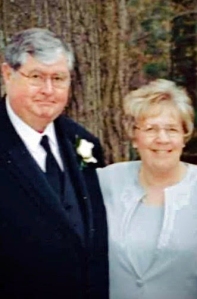 Jones, Clive Ellis (85) and Doreen Roberta (84)
After almost 65 years, Clive and Doreen began a new journey together, 16 hours apart, on December 25 and 26, 2019, at the Greater Niagara General Hospital. Loving parents of Marcia, Marilyn, David (Paula), grandparents of Morgan, Lindsay (Tyler), Brett, Carter, Ruby, and great-grandparents of Hunter and Olive. Doreen’s strength was the foundation behind Clive’s 36 year policing career with the Ontario Provincial Police- Chatham Detachment, City of Niagara Falls, and the Niagara Regional Police Service, where he retired with the rank of Inspector. In accordance with Clive and Doreen’s wishes, cremation has taken place. Arrangements are entrusted with Essentials Cremation and Burial Services- (905) 354-2133. As per their wishes, there will not be a funeral. Expressions of sympathy may be made to Niagara Support Services by contacting Essentials, or may be made on Clive and Doreen’s tribute page found at EssentialsNiagara.com

This entry was posted in Obituaries 2019. Bookmark the permalink.